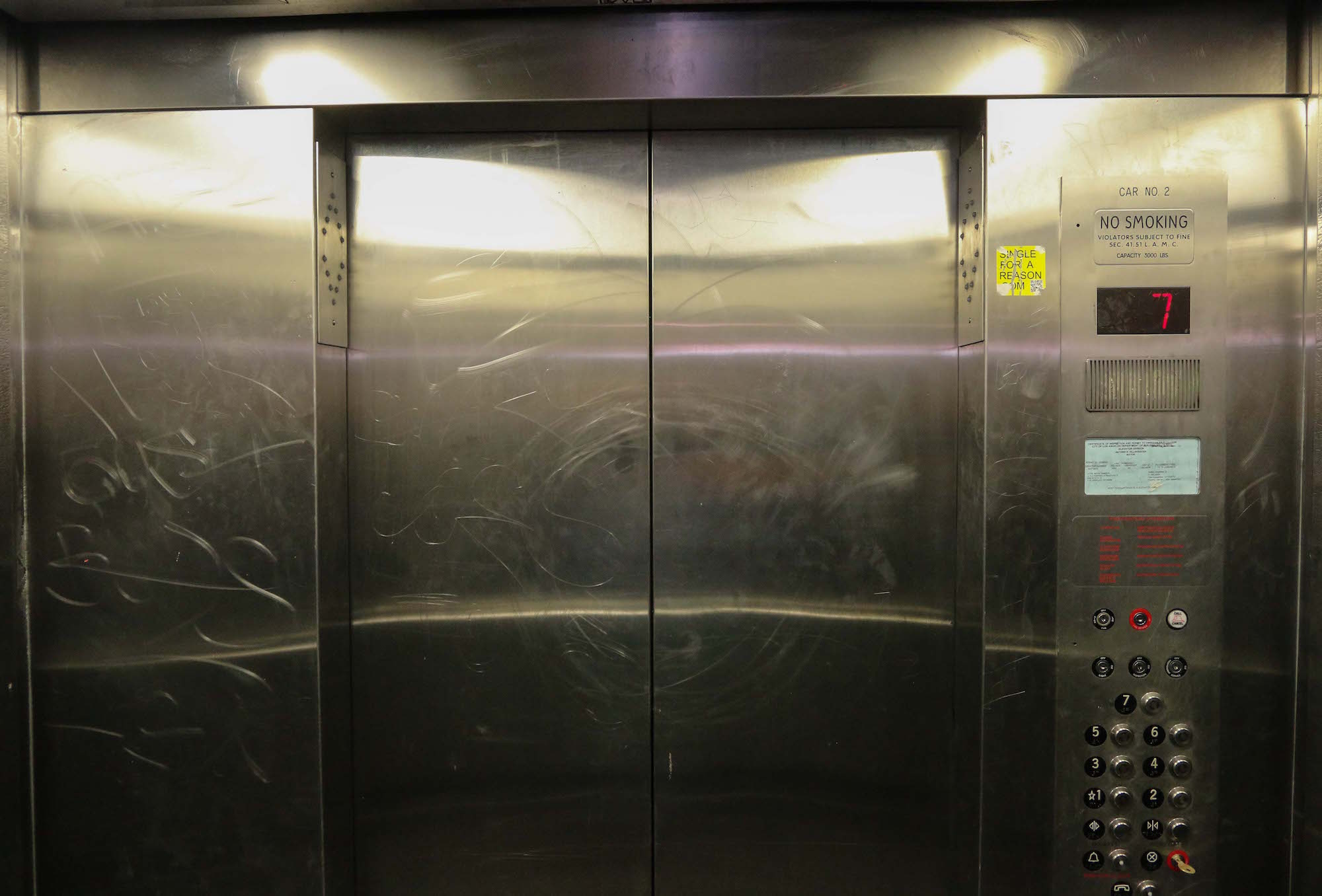 Elevator graffiti is a huge problem in this country and Miami is no exception. It costs commercial property owners and taxpayers millions of dollars each year to have the vandalism removed and to get elevators looking good again. Sadly, even after they are fixed, the elevators are often vandalized again because they are closed off and hard to monitor. Elevator graffiti removal is traditionally done by removing the entire metal panel and replacing it with a new one. This is an extremely expensive and time-consuming way of removing graffiti. However, elevator refinishing with anti-graffiti film is 10x less expensive ($1500 as opposed to $15,000). It is also easy to remove and reapply if defaced again, most times done in less than one day.

What Is Anti-Graffiti Film?

Anti-graffiti film is a thick graffiti prevention film which is installed over damaged stainless steel surfaces and matches the finish of the existing panels. The best part about anti-graffiti film is– this film acts as a sacrificial layer on your elevator’s panel. Should vandalism occur again, the anti-graffiti film is easily removed and replaced for much less money and with less downtime than that of full panel replacement. At Miami Commercial Window Tinting we carry protective films for many other areas that are all too often vandalized like mirrors and glass windows. We can also create a custom film for almost any flat surface of your building. If you have a graffiti problem be sure to ask us about all the graffiti shield line of products.

Don’t let vandals cost you tens of thousands of dollars, protect your property and your profit with the cost elevator refinishing with anti-graffiti products today.